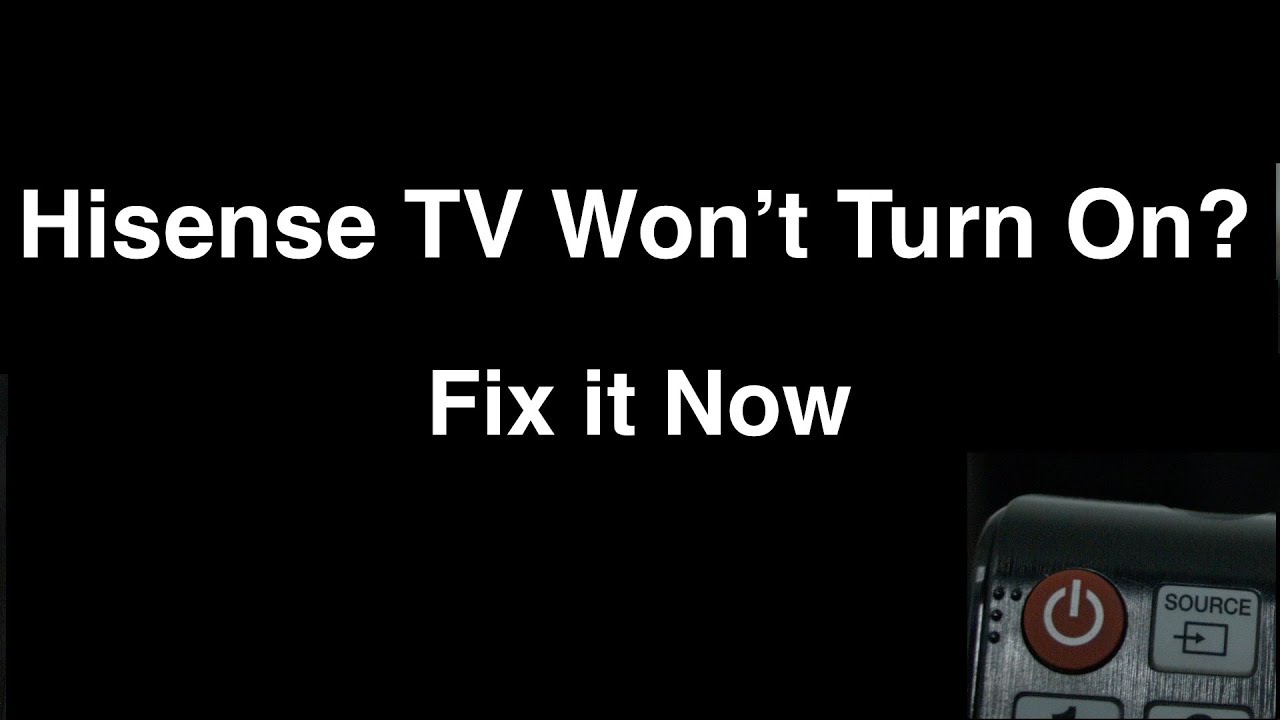 If you want to watch high-quality TV shows and movies, you must have a nice Hisense TV. Gadgets with high resolution will be extremely costly. Hisense TV selection is ideal for this because it has a large selection to pick from. When you turn on your Hisense smart TV, you can see a flashing red and blue light blinking, or the Hisense TV blinking red light 2 to 6 times before turning off. Or perhaps simply the red light blinks, but the TV does not turn on.

This suggests a power supply issue, a power deflection problem, or a damaged or faulty mainboard. As a result, you may want to investigate your Hisense TV following the suggestions provided below. But first, let’s look at the various root causes of this issue.

Why is the red light on my Hisense TV blinking?

Here are some of the reasons why your Hisense TV is blinking red and not turning on. These factors can help you isolate the source of your Hisense TV’s issue for a simple diagnosis.

Turning on your television takes a precise amount of power. Assume your power outlet, strip, power supply adapter, or any other component of your power distribution system isn’t functioning properly. You will almost surely run into this issue in that circumstance.

Error with the Remote Control

If the TV is not broken and has an adequate power source, you should check to see if the remote has a problem or if the batteries have worn out.

Troubleshooting a Hisense TV that won’t turn on

The following are some helpful hints for troubleshooting your Hisense TV’s flashing red light.

Check to see if your television is turned on.

Perhaps your Hisense TV is fine, but the electrical plug is faulty. The TV will receive little to no electricity and so will not turn on. It may occasionally start and stop without warning. It may do this repeatedly owing to a faulty outlet connection.

To determine whether a wall outlet is the source of your problem, follow these steps:

Whenever the connecting wire or power supplying wire on the TV is defective, it may receive inadequate or no power supply. Based on the quantity of energy it gets, the red power light may illuminate or fail.

To see if the power cord is defective, do the following:

If this step fails, the issue may be with the TV firmware or motherboard.

Since there is no input source, some Hisense TV models enter standby mode. If you use a set-top box, phone, or streaming device, your TV may go into standby mode if the device or wires fail. The TV sound may operate fine at times, but there is no picture.

Here’s how to deal with it:

Some adjustments made by children on the television without their knowledge cause them to act abnormally.

For example, if your television blinks multiple times but does not turn on, it may be experiencing configuration issues.

As a result, you must delete all configuration settings and reset the device to factory settings.

Here’s how to re-set your Hisense Smart TV:

Check to see if the backlight is turned on.

The failure of LED backlights is the most common hardware issue with Hisense TVs.

Although your TV does not display images, the sound and red power indicators function properly. A short in the mainboard or power board circuitry might cause LED backlights to fail.

Here’s what you should do:

If the LED backlights are faulty, you can get them replaced by a repairman.

The power light on your Hisense smart TV may flash red or blue 2 to 6 times, but the display does not turn on.

This issue could be caused by a faulty connection with your modem or router, a power deflection issue, or a motherboard issue with your TV.

If none of the preceding alternatives resolve your issue, you may have a hardware issue.

Here are some examples of typical hardware issues that may necessitate device replacement:

In this scenario, you can contact your dealer and request a replacement Hisense TV or repair service.

While most hardware issues are related to capacitors and the power board, software issues are minimal and may often be fixed by the user! Before taking your TV to a service center, attempt the troubleshooting techniques outlined above to see if you can do it yourself. If none of these work, you can take it to a specialist or buy a new one. Often, the expense of repairing it does not make financial sense, and you would be better off purchasing a new one.