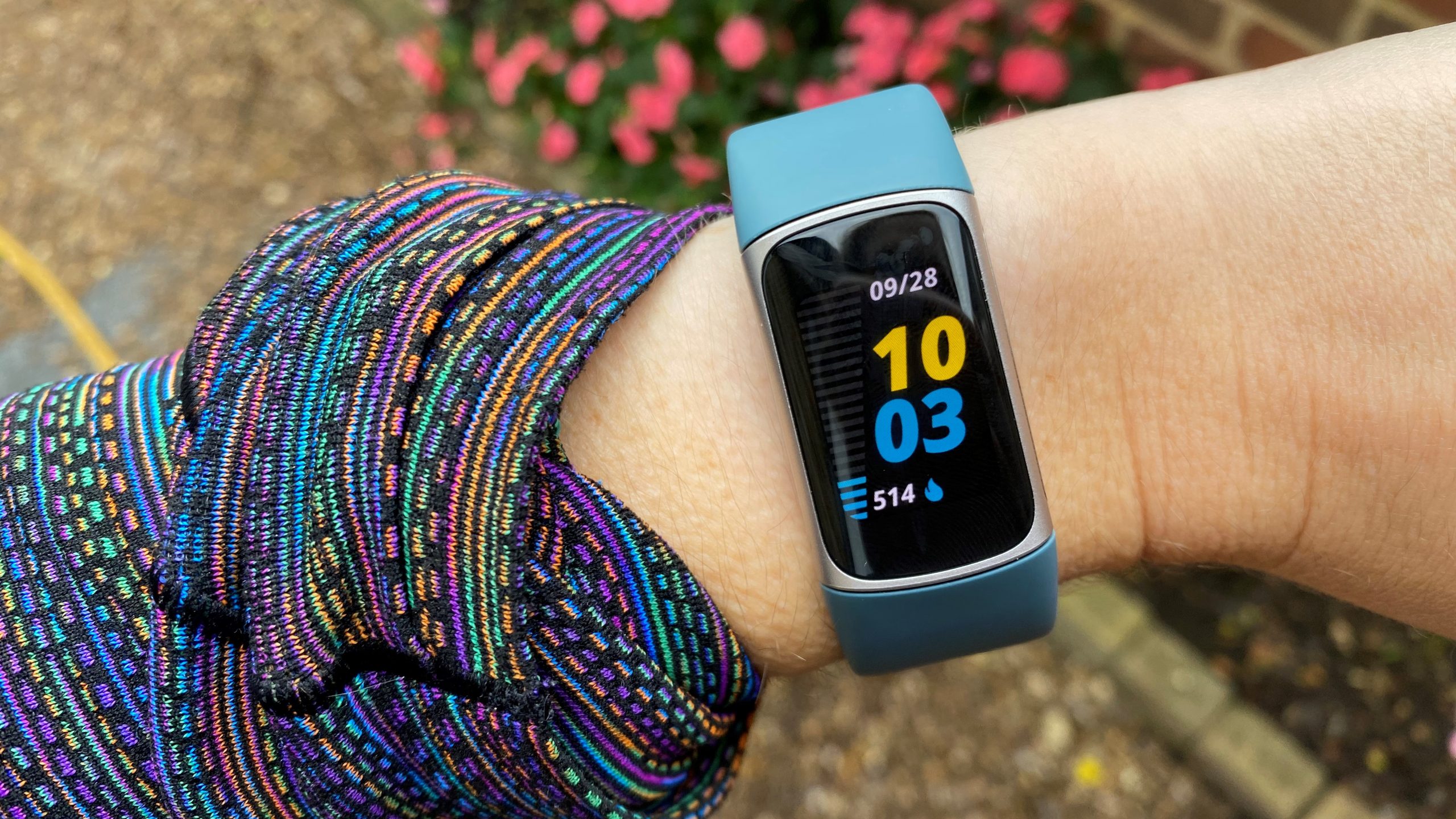 So, you’ve just unboxed your new Fitbit Charge 5, but you’re not sure where to begin. The instruction booklet appears to be overpowering, and you can’t seem to figure out how to refold it so that it would fit back into the box.

You’ll learn everything you need to know about the features of your new tracker in our Fitbit Charge 5 review, but for now, let’s focus on getting it up and running. To set up your Fitbit Charge 5, much like all of the top Fitbits, you’ll need to download the Fitbit companion app, which is available for free on iOS and Android.

Before proceeding with the steps below, make sure you have the app installed on your phone or tablet.
To ensure the process proceeds as smoothly as possible, make sure the tracker is fully charged before attempting to connect it to your phone. The charger, which connects to the Charge 5 magnetically, is included in the box.

When the tracker is properly attached to the charger, it will vibrate slightly and you will see that the Fitbit is charging on the screen.

Setting up your device

Log in to your Fitbit account on your smartphone or tablet. If this is your first time downloading the app, you’ll need to set it up first. Your name, age, height, and weight will be requested. You can add them later, but it’s usually preferable to fill out all of your information at once. In the Fitbit app, tap Set Up a Device.

The Charge 5 should appear in the Fitbit models list. When the Fitbit Charge 5 appears, select it to begin the setup procedure. Accept the Fitbit Terms and Conditions before doing anything else. Examine them briefly before clicking ‘I accept to go to the next step. For the rest of the setup, you’ll be requested to connect your Fitbit Charge 5 to its magnetic charger.

When your app detects that it is connected to the charger, it should proceed to the next step automatically. A four-digit code should appear on the Fitbit Charge 5’s screen. This code will be requested by the app. Following that, you must accept the Bluetooth pairing request (make sure you have Bluetooth enabled on your phone beforehand).

You may be prompted to update the software on your Fitbit at this point. Wait for your Fitbit to update after selecting ‘Update Now’. Even if you leave the room at this point, keep your phone or tablet close to your Fitbit. After that, you’ll be given instructions on how to use and wear your Fitbit. If you’re already familiar with the Charge model, you may skip ahead.

How can I get Fitbit Pay to work?

If you want to pay for goods with your Fitbit Charge 5 while you’re out and about, you’ll need to use the Fitbit app’s ‘wallet’ mode. You’ll be prompted to set up a device lock on your Charge 5 for added security when you set up your cards, and you’ll need to choose a four-digit pin to do so.

You’ll be able to add your credit and debit cards to the app once you’ve set your pin. All Fitbit Pay cards can be used on New York’s One Metro, Chicago Transit Authority trains and buses, Florida Miami-Dade Transit’s Metrorail service, Portland’s TriMet, C-TRAN, and Portland Streetcar.

You’ll be able to make purchases from your Charge 5 while out and about once it’s been set up, allowing you to leave your wallet at home or in your backpack when commuting.

How to get the most out of your device

You can navigate the tracker by tapping the touchscreen and swiping up and down, as well as side to side. Double-tap on the screen to return to the home screen (the one with the clock) at any time.
You can see your alerts, start a workout, set an alarm, start a timer, run an EDA scan, and take an ECG reading by swiping from side to side (if you have Fitbit Premium enabled).

You can check your daily metrics, as well as hourly activity, heart rate, sleep score (if you’re a Fitbit Premium customer), SpO2, and workout, by swiping up from the home screen.
Swiping down from the home screen reveals Fitbit pay, DND mode, sleep mode, screen wake, water lock, and overall settings.

In the Fitbit app, you may alter what you’re tracking on the home screen and customize your home clock screen. Active zone minutes, steps, heart rate, calories, and distance are all options. You may also use Fitbit’s other pre-set designs to entirely modify the look of the clock.
What’s different about the Fitbit Charge 5?

Let’s talk about aesthetics for a moment. The Fitbit Charge 5 is a member of the Charge series, but it features design aspects from Fitbit’s higher-end Sense and Versa 3 devices. It still features a stainless steel casing and removable straps, but all of the edges have been rounded to give it a much more refined appearance.

It’s 10% slimmer than its predecessor, which was already a slim gadget, and it has a battery life of up to seven days on a single charge. Given that it’s the first Charge gadget with a touchscreen AMOLED display, that final measure is particularly impressive.

Outdoor visibility should not be an issue because the display can reach nearly 2X brighter than the grayscale OLED display on the Charge 4. For the first time, Fitbit includes an always-on display option, making the device appear more like a smartwatch than a standard fitness tracker.
Of course, the device can be paired with a variety of bands.

Fitbit’s website sells silicone infinity and sport bands, nylon hook and loop bands, and Horween leather bands. The Fitbit Charge 5’s main feature is the company’s Daily Readiness Score. The device can try to tell you how “ready” you are for the day ahead based on your daily activity, 24/7 heart rate data, heart rate variability, and sleep from the previous several nights.

Is it truly necessary for you to go for that long run? Or would it be better to take a break? Every morning, Fitbit will send you an email with the results, as well as information on what factors influenced your score and advice for what to do next. Unfortunately, Fitbit’s Daily Readiness Score is only available to Premium members.

After your free trial of Fitbit Premium expires, you’ll have to pay $10 per month to use the service again. The cost of owning a Fitbit device is skyrocketing. The Fitbit Charge 5 also includes electrodermal activity (EDA) and electrocardiogram (ECG) sensors, which were first introduced on the Fitbit Sense smartwatch last year.

By applying small electrical charges to your skin and seeing how they interact with your body’s perspiration levels, the EDA sensor evaluates your stress levels. According to research, electrodermal activity is intimately linked to our emotional state and can be an excellent stress indicator.

The Fitbit Charge 5 includes an ECG sensor that can be used to track your heart rhythms at any time during the day. This sensor can be quite useful for recognizing early signs of A Fib if you have a cardiac problem. (However, if you suspect a cardiac problem, you should visit a doctor immediately.).

What is the battery life of the Fitbit Charge 5?

The Charge 5‘s battery, according to Fitbit, can last up to seven days on a single charge. Of course, your usage will determine this.

Is the Fitbit Charge 5 water-resistant?

The Fitbit Charge 5 is water-resistant to 5ATM.