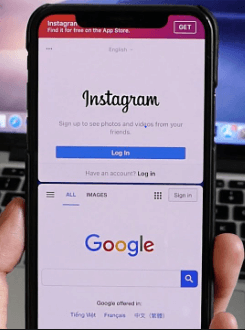 Have you seen the iPhone 14 split screen feature in action and want to learn how to use it on your iPhone? It is not as difficult as you might think. We have a detailed article on how to do this.

If you have an iPhone 14, you can split the screen in a variety of ways, allowing you to be more productive than if you only used the full screen for one app. It is especially useful when multitasking, such as while playing a game and watching a video simultaneously.

This way, you do not have to be going through the stress of minimizing your phone monitor and jumping from one window to another. With just some simple steps that will be provided in this post, you are good to go! Keep reading.

How to Split Screen on iOS

iPhone Split Screen Mode is NOT enabled by default. This means that it will not be downloaded to your iPhone automatically. It is up to you to enable it.

Unfortunately, you cannot (natively) split the screen on your iPhone to use multiple apps at the same time, at least not in the way you might have hoped.

You can multitask, however, by using features such as picture-in-picture and quick program switching, or by using a third-party app. We’ll show you how to access these settings using your phone.

To enable true split screen mode on iOS, you must install a third-party app that enables this feature.

Even if you don’t want to install a third-party app, there are some alternatives on the iPhone.

Use the Picture-in-Picture (PiP) Mode on your iPhone

You can use your iPhone’s picture-in-picture mode to watch a video while doing other things. This option removes your movie from its original location, causing it to float across your screen.

In the remaining screen area, you can continue to use your other apps.

Only iOS 14 and later support PiP mode on the iPhone. To enable it, do the following:

You can now play your movie in a PiP-compatible app and then press the PiP icon. You can now drag your video’s floating window to any location on your screen.

Picture-in-Picture Apps for the iPhone 14 that are supported

The majority of video apps are compatible with the iPhone’s picture-in-picture mode. Apple TV, Safari, FaceTime, Podcasts, Home, and Music are among the many official Apple apps included. There are third-party apps such as Netflix, Amazon Prime Video, Disney Plus, ESPN, FOX NOW, HBO Max, Hulu, SHOWTIME, Tubi, Vudu, and others.

Picture-in-Picture Apps for the iPhone that are supported

The majority of video apps are compatible with the iPhone’s picture-in-picture mode. Apple TV, Safari, FaceTime, Podcasts, Home, and Music are among the many official Apple apps included. There are third-party apps such as Netflix, Amazon Prime Video, Disney Plus, ESPN, FOX NOW, HBO Max, Hulu, SHOWTIME, Tubi, Vudu, and others.

You can easily Split screen on these apps by following the steps below:

The video window shrinks to a corner of your screen, allowing you to see your Home Screen and open other apps. You can do the following with the video window open:

There you go, you have successfully split the screen on your iPhone device.

The split screen mode is available only on iPads

Many iOS users use the split screen feature on a regular basis. Despite the fact that screen splitting is an extremely useful feature, only a small percentage of Apple users are aware of it, owing to the fact that it is only available on iPads.

What is the reasoning behind this? The split screen mode is not supported by iPhone models. We’re not sure why this hasn’t been enabled on iPhones, particularly the latest models like the iPhone 12 / 13 / 14 Pro Max & Plus, which have plenty of screen real-estate for this feature to be used comfortably.

Apple’s screen-splitting feature is somewhat limited in that it is only available on certain devices (iPads) and does not provide a true split-screen mode. Is a true iPhone split screen mode possible, allowing you to view two different contents at the same time?

Yes, and it makes using your iPhone twice as pleasurable. The solution is to use third-party apps, which do not require you to jailbreak your phone and void its warranty.

Many apps in the App Store are specifically designed to emulate the iPhone split screen mode on your device. If you will need this split screen badly, you have to install some of them in your device to achieve that.

The Split Screen View app will be among the top recommendation we will be giving you for screen splitting. The app is available in both free and paid versions and supports simultaneous content display. This includes websites as well as apps like Instagram and Twitter.

You have complete control over which screen contents you want this app to share with you. A minor flaw is that the app’s design appears to be dated or out of date.

Another app that allows you to get an iPhone split screen is Split Web Browser. The app, like the WebDuo Pro app, is free to download from the App Store and allows you to use two browsers simultaneously.

Unfortunately, you cannot use it alongside other apps such as Twitter, Facebook Messenger, or TikTok. The good news is that, despite being free, the app contains no advertisements.

The iPhone-enabled Split Screen Dual Window app, which is free on the iPad, is our final option. We haven’t tried it yet, but it has a rating of 4.3 as of 2022.

But that doesn’t mean you shouldn’t look into it.

WebDuo Pro is currently one of the best iPhone split-screen apps. The app is a one-of-a-kind web browser that allows you to view two websites simultaneously. Unfortunately, the feature does not allow you to use multiple apps at once.

This means that you can only use split screen in browsers such as Safari or Chrome, not in apps such as WhatsApp or Instagram. WebDuo Pro is not free; it costs a whopping $1.99!